Supercopy/Haacke Hermès adapts and modifies Hans Haacke’s Blue Sail (1964–1965). In Haacke’s work, a fan is blowing air under a taut blue sail. Attached to the ceiling with cords and weighed down at the suspension points, the sail is held in place despite its billowing movement. SUPERFLEX’s version of the work trades the blue sail for fake Hermès scarves. SUPERFLEX engages in the debate on “product piracy” on two levels, addressing counterfeit products as well as the implications of the appropriation of Haacke’s work.

Supercopy/Haacke Hermès alters the conceptual fabric of the Blue Sail, thereby aligning it with discussions of copyright law and appropriation strategies. Originality has become a sacred legal idea, but is it possible to radically compromise the originality of an object if the concept is translated into new material? Supercopy reminds us that every object and thought is a derivation of past ideas, and that all ideas are repetitive and enter the public domain as new originals. 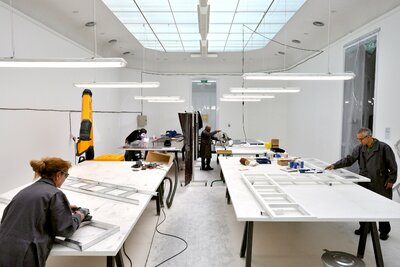 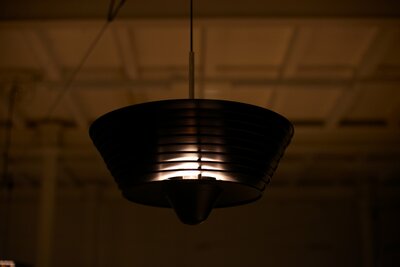 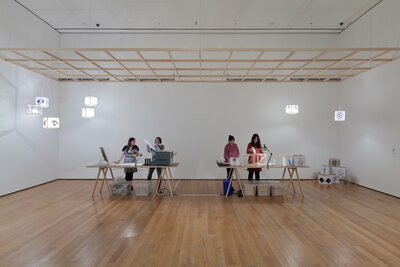 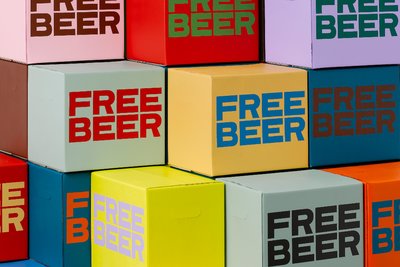